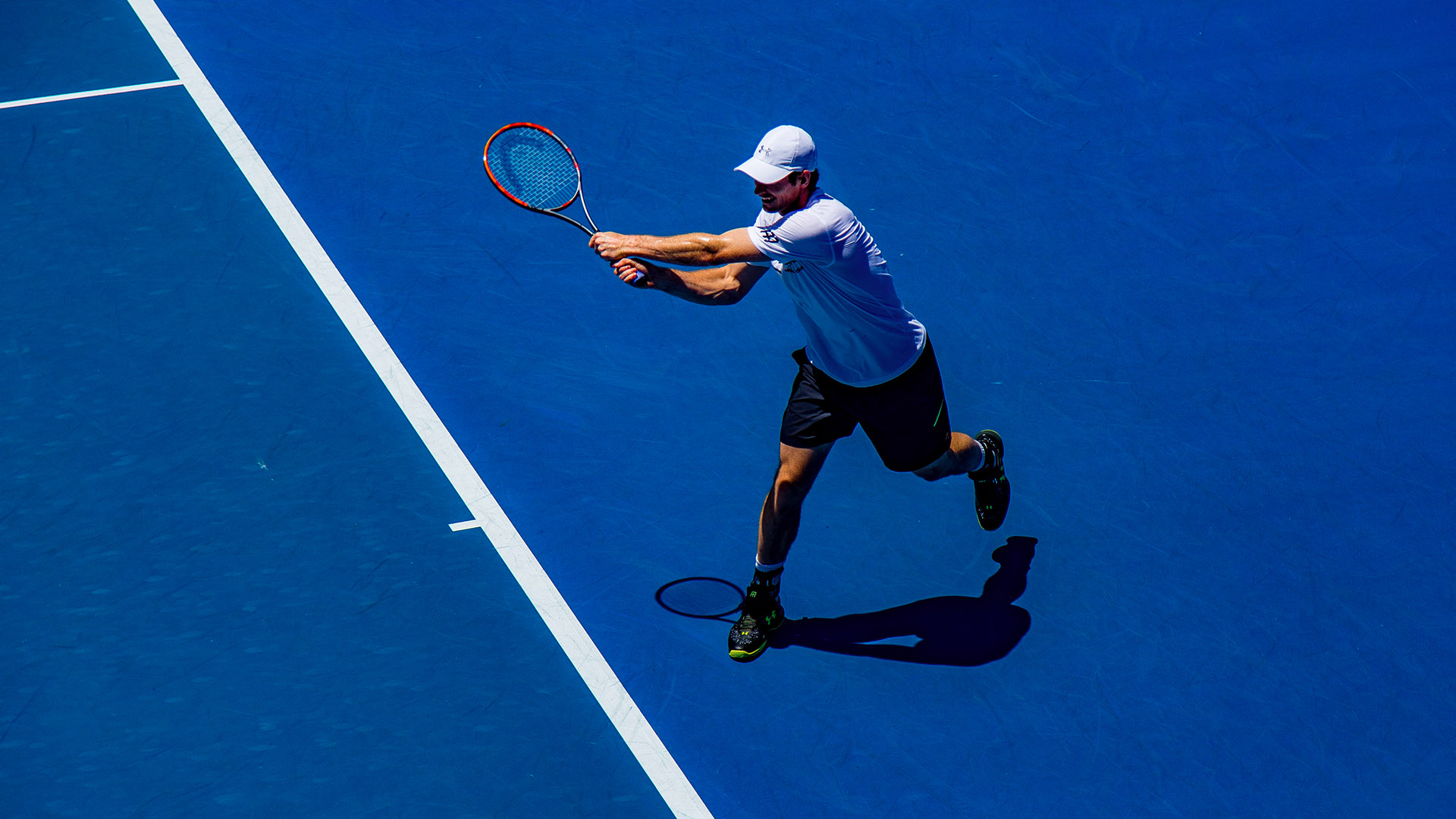 Most of the nerve cells that control muscles are located in the spinal cord, which accounts for the word spinal in the name of the disease. SMA is muscular because its primary effect is on muscles, which don’t receive signals from these nerve cells. Atrophy is the medical term for getting smaller, which is what generally happens to muscles when they’re not active.

SMA involves the loss of nerve cells called motor neurons in the spinal cord and is classified as a motor neuron disease.

In the most common form of SMA (chromosome 5 SMA, or SMN-related SMA), there is wide variability in age of onset, symptoms and rate of progression. In order to account for these differences, the chromosome 5 SMA often is classified into types 1 through 4.

The primary symptom of chromosome 5-related (SMN-related) SMA is weakness of the voluntary muscles. The muscles most affected are those closest to the center of the body, such as those of the shoulders, hips, thighs and upper back. Special complications occur if the muscles used for breathing and swallowing are affected, resulting in abnormalities in these functions. If the muscles of the back weaken, spinal curvatures can develop.

There’s a great deal of variation in the age of onset and level of motor function achieved in chromosome 5-related SMA. These are roughly correlated with how much functional SMN protein is present in the motor neurons, which in turn is correlated with how many SMN2 genes a person has.

Some forms of SMA are not linked to chromosome 5 or SMN deficiency. These forms vary greatly in severity and in the muscles most affected. While most forms, like the chromosome 5-related form, affect mostly the proximal muscles, other forms exist that affect mostly the distal muscles (those farther away from the body’s center) — at least in the beginning.

SMA types 0, 1, 2, 3 and 4 are inherited as autosomal recessive genetic disorders and are associated with abnormalities (mutations) in the SMN1 and SMA2 genes on chromosome 5 at chromosomal locus 5q11-q13. SMA1 is thought to be the primary disease-causing gene. Approximately 95-98% of affected individuals have deletions in the SMA1 gene and 2-5% have specific mutations in the SMA1 gene that result in a decreased production of the SMN protein. When three or more copies of the SMA2 gene are also present, the disease may be milder.

Genetic diseases are determined by the combination of genes for a particular trait that are on the chromosomes received from the father and the mother.

Recessive genetic disorders occur when an individual inherits the same abnormal gene for the same trait from each parent. If an individual receives one normal gene and one gene for the disease, the person will be a carrier for the disease, but usually will not show symptoms. The risk for two carrier parents to both pass the defective gene and, therefore, have an affected child is 25% with each pregnancy. The risk to have a child who is a carrier like the parents is 50% with each pregnancy. The chance for a child to receive normal genes from both parents and be genetically normal for that particular trait is 25%. The risk is the same for males and females.

1) Measuring the amount and ratio of full-length and truncated SMN2 RNA transcripts as well as the amount of SMN protein from white blood cells or fibroblast culture.

3) Quantitative ultrasound in assessing muscle changes in patients with SMA.

5) The compound action potential determined by EMG in children with SMA. The authors point out that MUNE is difficult and not as reliable as initially thought. A longitudinally study of the surrogate markers will be necessary before any particular one can be used in an intervention study.

SMA type 0 is the most severe form of the disease and is characterized by decreased fetal movement, joint abnormalities, difficulty swallowing and respiratory failure.

SMA type 1 is the most common type of SMA and is also a severe form of the disease. Infants with SMA type 1 experience severe weakness before 6 months of age and never sit independently. Muscle weakness, lack of motor development and poor muscle tone are the major clinical manifestations of SMA type I. Infants with the gravest prognosis have problems sucking or swallowing. Some show abdominal breathing in the first few months of life. Muscle weakness occurs on both sides of the body and the ocular muscles are not affected. A twitching of the tongue is often seen. Intelligence is normal. Most affected children die before two years of age but survival may be dependent on the degree of respiratory function. For more information about SMA type 1, chose “Werdnig Hoffman” disease as your search term in the Rare Disease Database.

Patients with SMA type 3 (Kugelberg-Welander syndrome) learn to walk but fall frequently and have trouble walking up and down stairs at 2-3 years of age. The legs are more severely affected than the arms. The long-term prognosis depends on the degree of motor function attained as a child. For more information about SMA3 chose “Kugelberg Welander syndrome” as your search term in the Rare Disease Database.

The onset of muscle weakness for those with SMA type 4 is after age 10 years; these patients usually are ambulatory until age 60 years.

Complications of SMA include scoliosis, joint contractures, pneumonia and metabolic abnormalities such as severe metabolic acidosis and dicarboxylic aciduria.

Prior to the availability of molecular testing, neurophysiologic studies and muscle biopsy were used for diagnosis, but these tests are no longer necessary unless SMN gene testing is normal.

Carrier testing for SMA is available using a molecular genetic test in which the number of copies of the SMN1 gene is determined.

Genetic counseling is recommended for affected individuals and their families

Pulmonary management: Children with SMA1 can survive beyond 2 years of age when offered tracheostomy or noninvasive respiratory support.

Scoliosis: Scoliosis is a major problem in most SMA2 patients and in half of SMA3 patients.

The vertical expandable prosthetic titanium rib (VEPTR) was approved by the FDA in 2004 as a treatment for thoracic insufficiency syndrome (TIS) in pediatric patients. TIS is a congenital condition where severe deformities of the chest, spine, and ribs prevent normal breathing and lung development. The VEPTR is an implanted, expandable device that helps straighten the spine and separate ribs so that the lungs can grow and fill with enough air to breathe. The length of the device can be adjusted as the patient grows. The titanium rib was developed at the University of Texas Health Science Center in San Antonio. It is manufactured by Synthes Spine Co.

Behavior issues: Compared to siblings and normal controls, patients with spinal muscular atrophy were quite well adjusted. Concern was, however, raised about unaffected siblings, who had a 2 to 3-fold higher rate behavioral problems than normal children.

Sleep disorders: Sleep-disordered breathing may develop prior to respiratory failure. Night-time use of continuous positive airway pressure with a nasal mask may be helpful.

In 2017, Spinraza (nusinersen) was FDA approved as the first drug to treat children and adults with SMA. Spinraza is manufactured by Biogen.

How Functional medicine can help this condition?

What Makes our Stem Cell Treatment for SMA Effective?

Since 2005, we have been developing comprehensive protocols regarding stem cell treatment for Spinal Muscular Atrophy (SMA) to overcome the limitations of conventional therapies. In our protocols, stem cells are combined with specialized therapies for spinal muscular atrophy that not only focus on helping the patient to cope with their symptoms, but also treat the direct cause of the symptoms by promoting the healing of the injury in the spinal cord. We believe that our comprehensive stem cell treatment for spinal muscular atrophy gives our patients the best chances of improvements, allowing for a better quality of life. Different types of spinal muscular atrophy can be considered for treatment such as SMA type 1, SMA type 2, SMA type 3 (Kugelberg-Welander syndrome) and more.

The purpose of our treatment for spinal muscular atrophy is to promote the healing of the injury in the spinal cord in order to restore neurological function. Thus, various kinds of improvement are possible after our treatment and our past patients have experienced the following*: 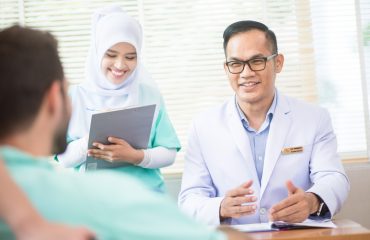 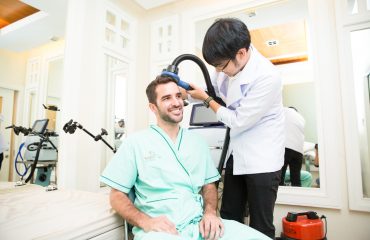 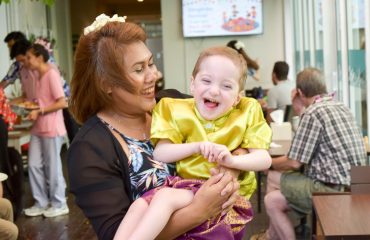