How is Epidural Stimulation done?
The procedure is done by surgically implanting a device right over the spinal cord’s protective coating and is connected to the nerve systems. A small remote controls the frequency and intensity of the electrical current. This electrode sends electrical currents to stimulate muscle contractions on targeted muscle groups. Due to the damage in spinal cord injuries, the brain is unable to transmit signals to and from the muscles. This stimulation helps to reactivate and use whatever remaining intact neural networks within the spinal cord to direct the movements. ES is best combined with intensive physiotherapy training and other therapies related to the patient’s condition and symptoms.

Background Knowledge
Complete paralysis condition from Spinal cord injury was long been admitted that there was no current treatment option available to regain the voluntary motor control. The suffering patients were mostly admitted with the lifelong wheelchair fate. Repeated training sessions, no matter how many and how long, in paralyzed limbs were proved to show no gain by electrophysiology assessment and mostly be eventually given up by despairing patients and practitioners.

Medical practitioners and suffering spinal cord injury patients have long surrendered to the fate of complete paralysis from spinal cord injury due to no treatment option available up to now. It was welled noted that no matter how many training sessions provided to the paralyzed limbs, gaining in motor control ,clinically or electrophysilogically, cannot be expected. Most patients and practitioners eventually quit the effort to train. Most of patients and practitioners eventually quit the training and admit the fate of life long wheel chair bound.

Over the past 30 years, it had been demonstrated in several animal and human models that spinal cord of mammals can locally generate locomotor output, independently from brain central pattern generation.Simulation of inputs, through training session of limbs or direct intraspinal electrical stimulation can affect the spinal locomotor expression pattern.
These collective evidences of existed spinal electrical circuit formed the hypothesis that direct electrical stimulation on lumbosacral spinal cord , together with continuous task specific locomotortraining sessions, may help facilitating the standing and stepping in individuals with complete spinal cord injury. There were also several of in vitro studies that keep confirming this possibilit. The recent breakthrough of neuromodulation technique, by epidural electrical stimulation, were shown to partially regain voluntary motor control, even not yet fully control

In, 2011there was the report of a spinal cord injury man, 23 year old, who got the traumatic subluxation of spine at level C7-T1, with complete loss of motor function but with partially preserved sensory below T1 segment. He was implanted with epidural 16 electrode array ,3 years after the initial injury. He pursued following 170 locomotor training sessions along with spinal cord stimulation. After 7 months, he later achieved full weight bearing standing for 4.25 minutes with minimal balance support. He also demonstrated stepping locomotor patterns. Apart from that, he reported the recovery of voluntary control of some leg movements while on epidural stimulation.

In 2014, a report from France of another complete spinal cord injury patient, implanted with the functional electrical stimulation (FES) system, which consist of 8 channel epimysial and 4 channel neural stimulators. The system was slightly different from the previous report but still carry the same concept and principles. The patient still benefited from the system ,with relevant clinical and electrophysiological evaluations confirmation of findings , even after nine year of the device implantation.(25)

Apart from those, these patients also reported gaining in bladder control, improved sexual response and performance. The overall sense of wellbeing and self-esteem were also increased.
These researchers concluded that the combination of lumbosacral spinal network electrical stimulation, at subthreshold motor state, together with the task specific locomotor training sessions were the key to partially recover the voluntary motor function in four of four individuals.(26)(27)

This evolving concept, particularly in early of year 2014, has led us to the era of uncovering the treatment strategy that can dramatically recover voluntary motor control in complete paralyzed spinal cord injury, even years after injury.

Our experience
According to our experience in BBH Hospital, 13 patients who has had Epidural stimulation procedures since 2013 to 2019 have gained legs movement both involuntary and voluntary control. Some patients was able to stand up and even walk in a few steps . All the patients has admitted that they all have gained some improvement.

There may be some concerns of complications on the implantation of the device specially in long-term use. But the risks are significantly less than having to undergo repeated back surgery and may be more cost-effective than many chronic therapies for pain.

The expected benefits of ES are 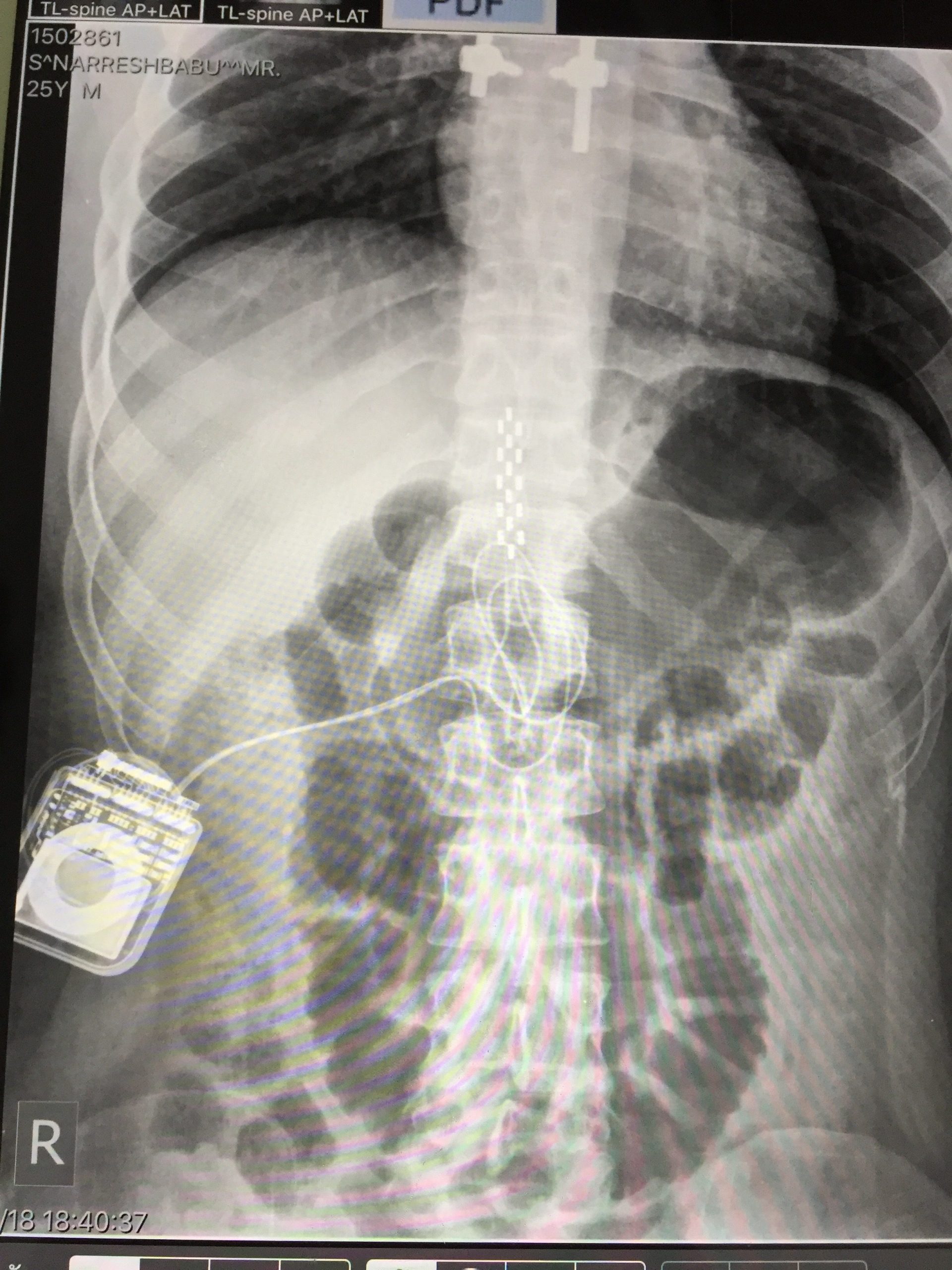 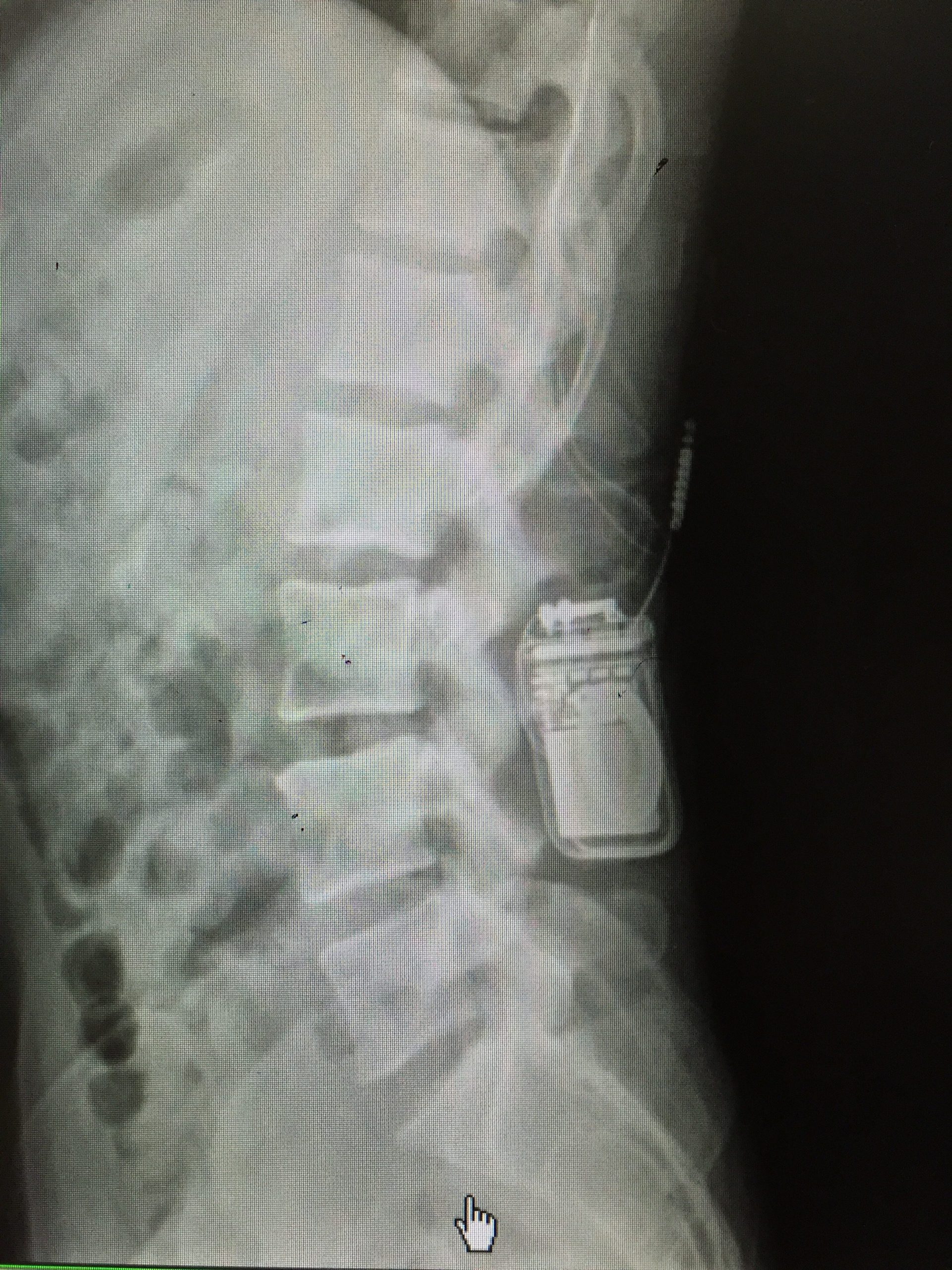 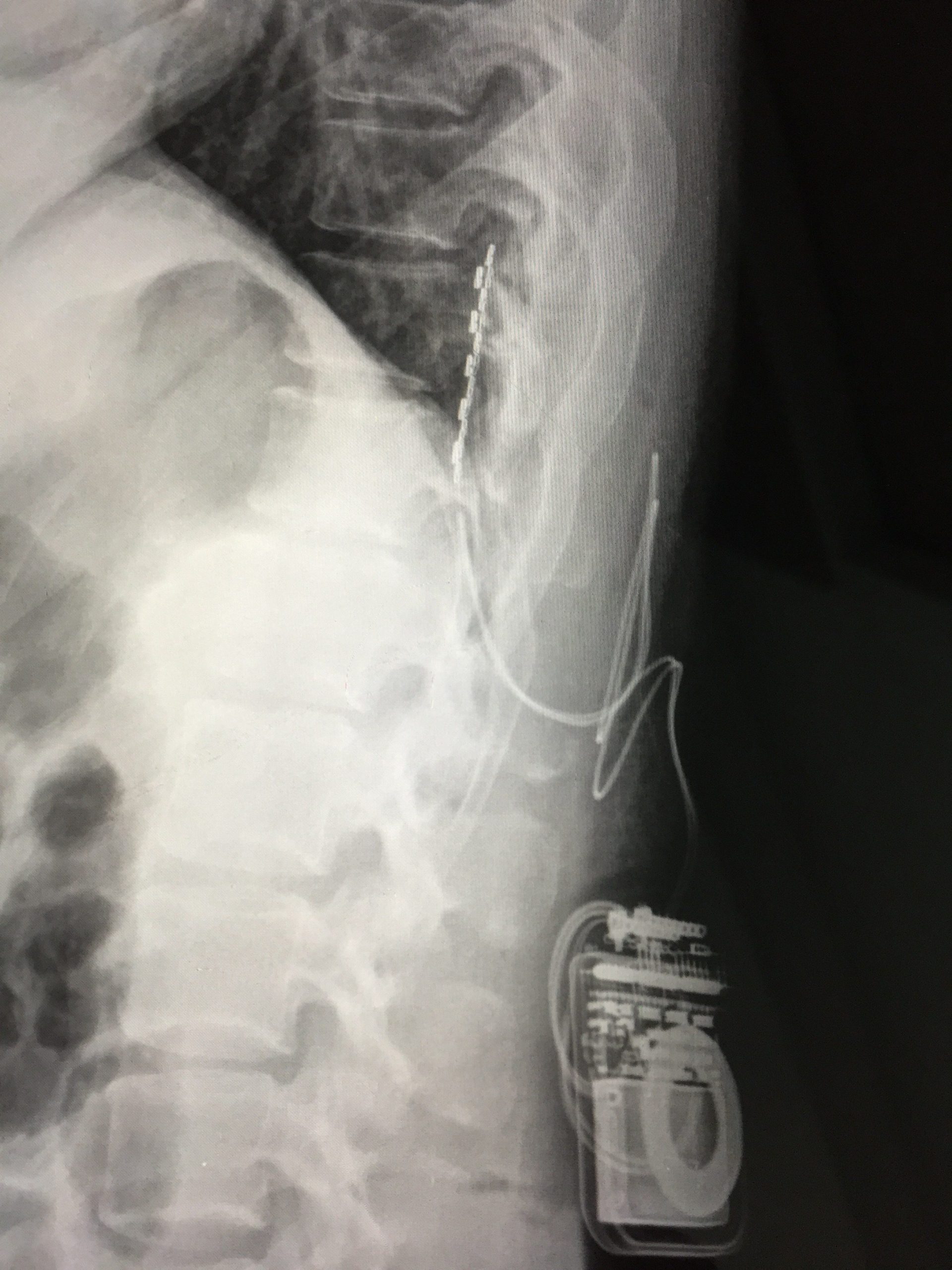 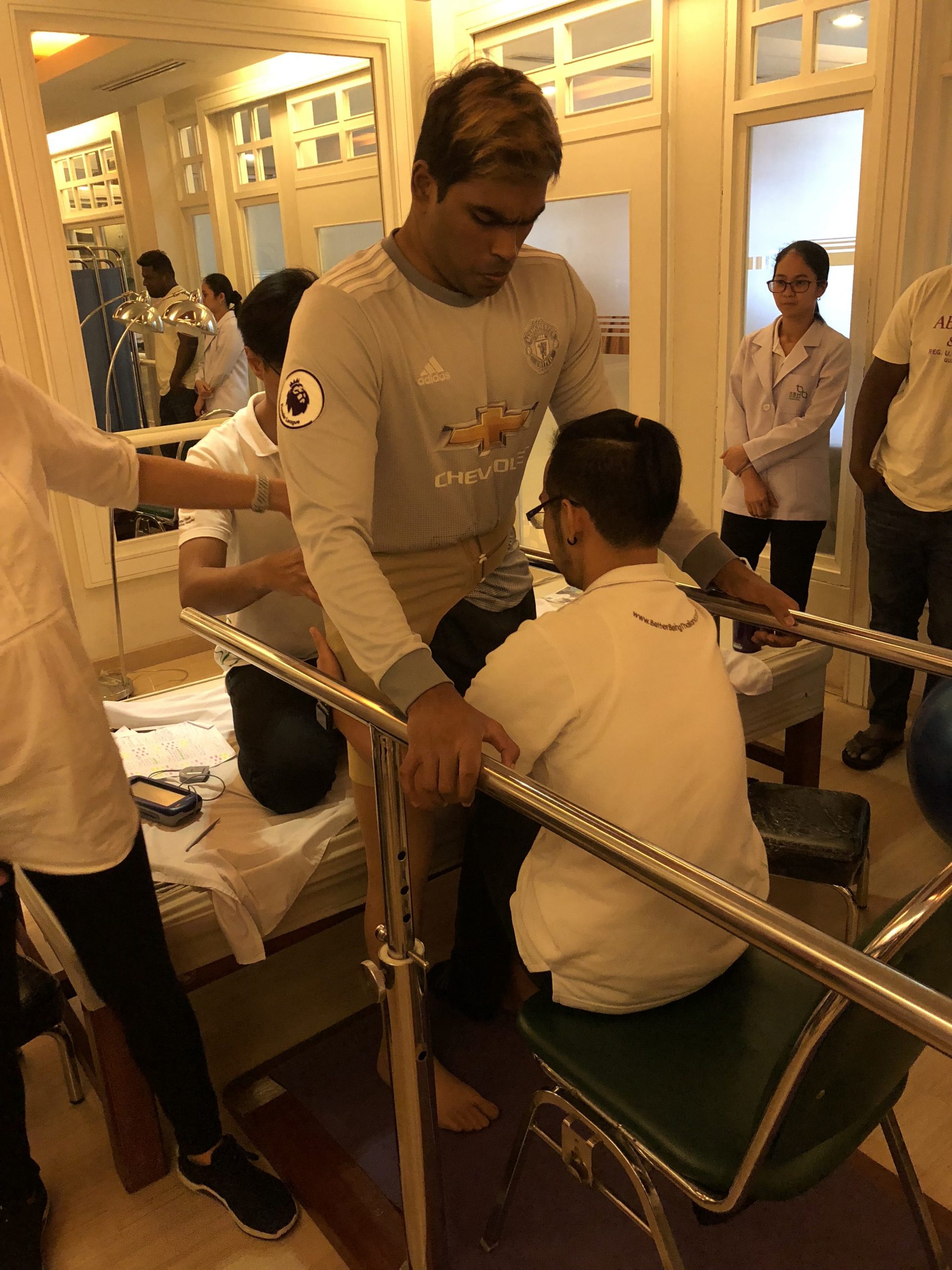 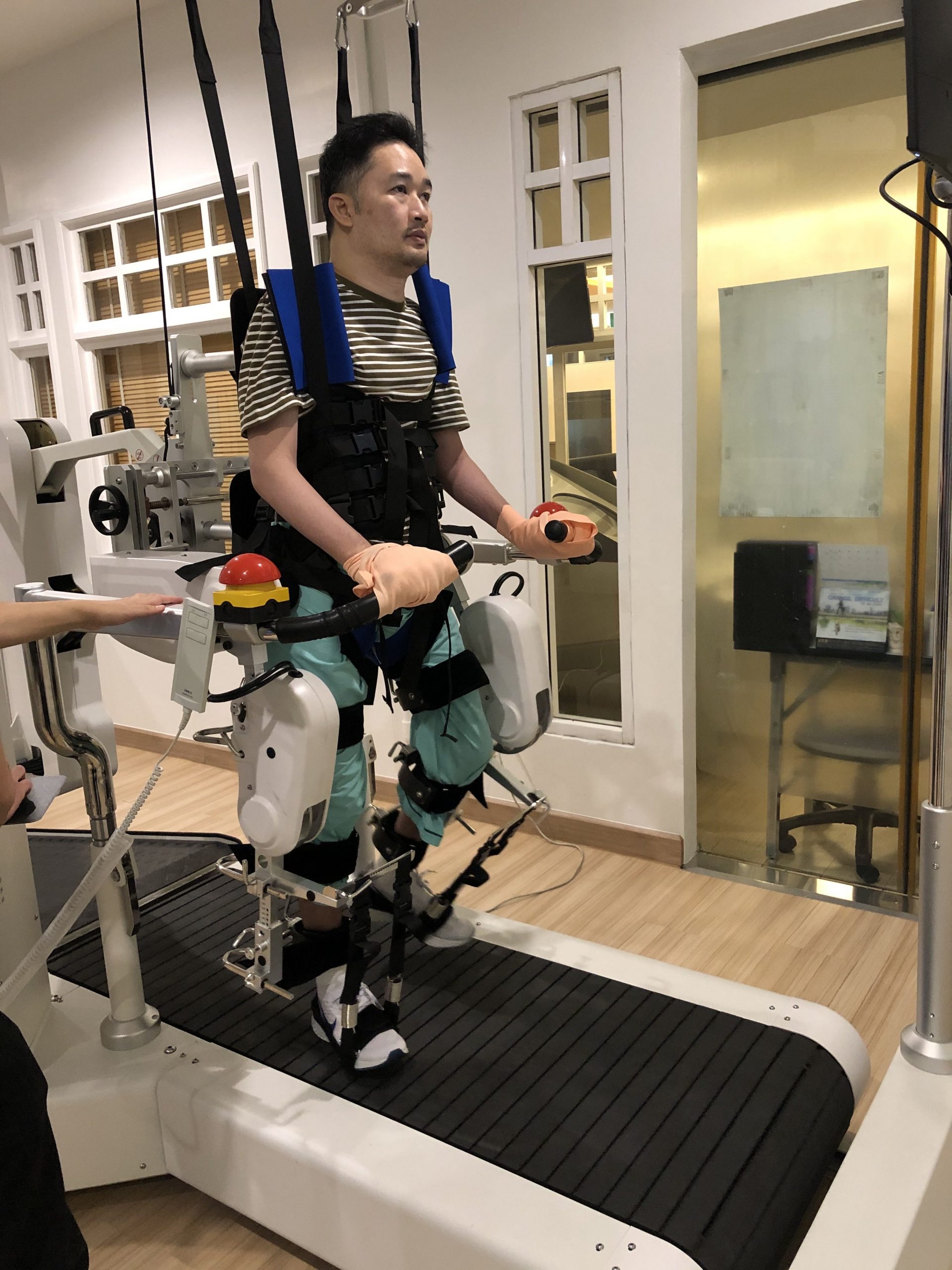