We are ready to help with any question 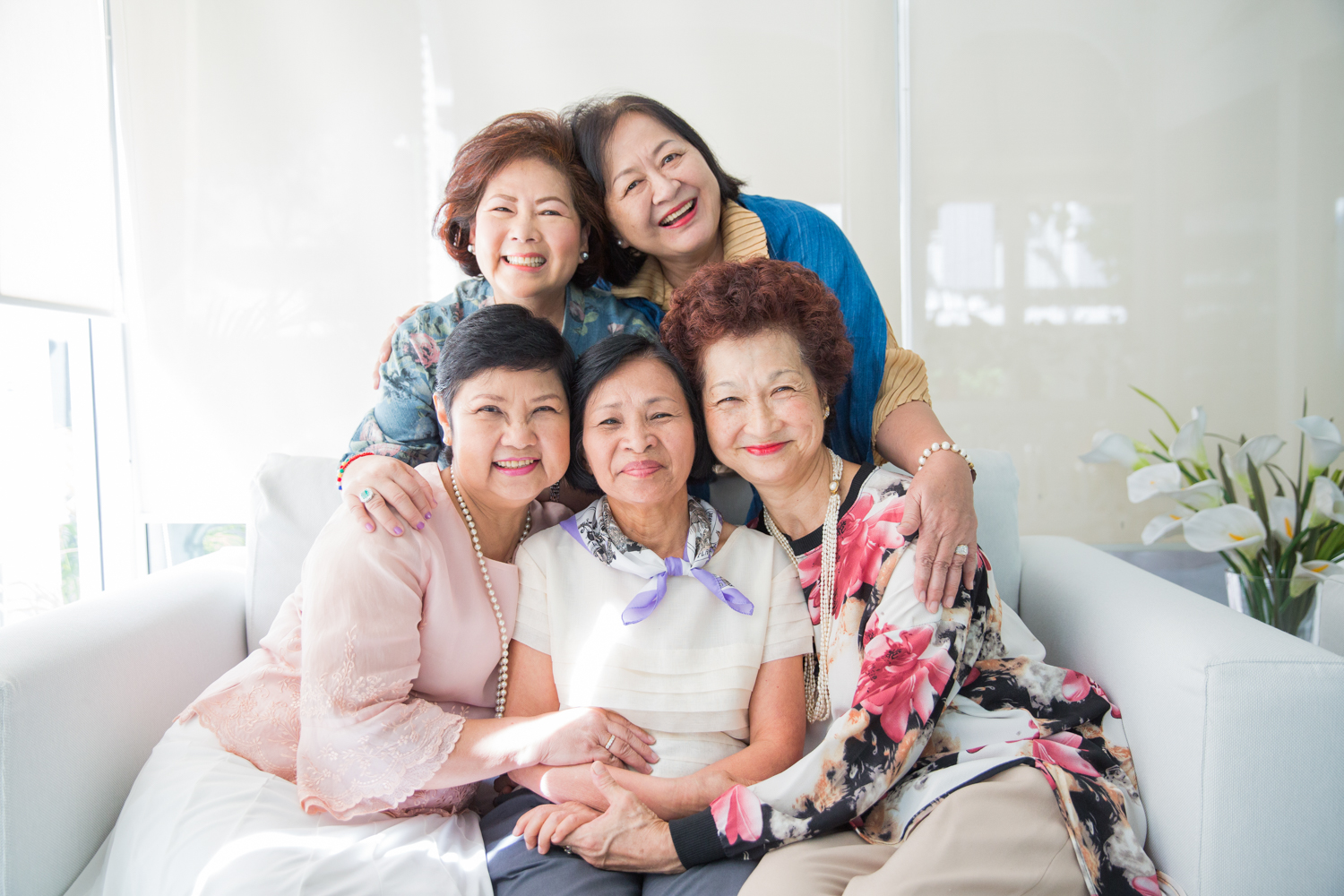 How can we incorporate these 2 approaches into one?

The good news is that the Functional Medicine revolution has accepted that both systems of medicine have their strengths and has adopted the best of both areas.    By going back to basics, working with recent medical discoveries and using the holistic approaches of Alternative medicine, Functional Medicine practitioners have combined the best of both worlds for the patients benefit.

I have a chronic illness, what can I do when the doctors still apply the same old treatments over and over again?

Focus more on finding the causes and restore as much function as possible by dealing with problems at the source.  However we need to be sure that tests and treatments are  based on reliable science and can be proved to be effective, not just based on theory or unprovable concepts.

As medical technologies are very advanced, why we still can’t cure chronic illness?

That’s because the real cause of the problem hasn’t been discovered or solved correctly. Since conventional medicine has been busy fixing the symptoms of the illness only, but never actually looking back and try to find, and deal with, the real process, a cure is often not possible.

To simplify we can put it like this The falling of one leaf, might not always come from the weakness of the branch but maybe from a weak trunk or roots.  This is especially the case when we see a lot of falling leaves on one tree, it’s like a person with many symptoms or illnesses at one time. The real problem is not likely to be with each leaf or each branch but with the systems that support them, for a leaf it may be the soil, trunk or roots whilst for people it may be the environment, the metabolism, diet or genes.

While conventional treatment  focuses on dealing with the symptoms - the falling leaf, often the real cause is deeper at the trunk or root.

In our body the genes, cells, and organs are all connected to each other. So any weaknesses found at a deeper part of the body might provoke a complicated symptom picture in several different areas. In such a case the treatment of symptoms has little effect on the progression of the disease, but merely acts at best to suppress symptoms.

Why are people turning to alternative medicine practitioners more and more?

That’s because most alternative medicine practitioners treat patients as a whole; they pay attention to all factors; body, mind, social influences as well as the surrounding environment.  In other words, they care about everything concerning the patients well-being and are prepared to investigate beyond the symptoms.  In addition many alternative medicine therapies cost less than conventional treatments. Examples of Alternative Medicine therapies include Acupuncture, Acupressure, Massage, Yoga, Equilibration, Herbs, Nutrition and Diet therapy and Spirituality.

Both conventional and alternative treatments have their own strength and weakness. Conventional medicine is more accurate in the diagnosis, and combined with known treatments the result is more predictable, however its often best suited to acute illness or accidents.  Alternative medicine is suitable for more complicated diseases which needs thorough in depth observation, and often a much longer period of treatment.  The result may not be immediately obvious, and since each case is unique, results are harder to predict and to repeat each time.

The combination of eastern practices and western medicine has focused much attention onto the mind body connection, which is a useful addition to a comprehensive treatment program.

However it should be noted that Alternative and Conventional approaches often speak two different languages, and combining treatment plans from different approaches should be done under the supervision of a physician experienced in working with both systems in order to prevent confusion and unnecessary cost.

How important is it to identify the illness’ name?

In Conventional Medicine a lot of importance is given to this issue, after we have taken a history, performed a check up, run the lab tests, only then do physicians attempt to give the disease a  name. Then the doctors can be confident to prescribe medicine or treatments immediately according to the formula set in the text book. However if the first set of medicine doesn’t work then they would give the second, third and forth and so on as advised in the books they had studied in medical school.  When that fails, they might search for a new disease name which then offers new treatment choices.

Unfortunately in complicated cases, this textbook theory doesn't match reality.  Now instead of a black and white set of diseases, we have a list of syndromes that often look similar and are treated with a wider range of medicines.   Unfortunately medicines which work for 90% of the patients, also leave 10% of patients with no standard treatment choices.

The truth is two patients with the same disease may never have the exact same symptoms since there are a lot of other factors involved both internally and externally which need to be taken into account.  To quote an saying from Alternative Medicine practitioners, "Rather than know only what kind of disease the patient has, it's better to know what kind of patient has the disease."

Said another way, it's more important to know the patient well, including symptoms, biochemistry, emotions and more, rather than just the disease name if you wish to treat the underlying causes of his illness.

What is the cause of chronic illness?

Chronic illness is related to the dysfunction or imbalance of our body’s systems. Normally patients with chronic illness will have numerous imbalances that occur at the same time.   When we understand this, we look beyond simple explanations of cause and effect and begin to look at the interaction of all the body systems when considering treatment options.

For example, in the Autistic patient’s case, in the past, conventional medicine would believe that the cause is from damaged nerve cells and genes, which affects the behaviour of that child.

As the result, doctors would try to suppress all those symptoms since according to conventional treatments genes cannot be changed. In many cases we find that children have secondary symptoms such as skin rashes or digestive problems that doctors would try to medicate away.  The conventional approach does not pay enough attention to these symptoms and their causes.  They separate them and  try to solve each problem as a separate disease in a conventional manner.  In fact,  if we observe the patient as a whole, we would find that there are a lot of system dysfunctions relating to nutrition, digestion, and food absorption.  If we focus on adjusting these systems behaviour will improve as well as the secondary symptoms without  any medication needed. In addition, in Functional medicine, even though genes cannot be changed, we can influence HOW they work, and often we can improve the ability of the genes to act more normally.

Who should be in charge - patient or doctor?

Normally in medicine,  doctors would never admit that patients know better, nor that they themselves don’t know all the answers.  In chronic illness many patients have lived with their illness day and night for many years, so they know a lot about their disease, often much more than doctors who don’t specialise in the condition.  We see many times that patients are well educated about their condition.

In Functional Medicine, we have to listen to the patients as much as possible because patients know their symptoms the best.   Functional medicine allows the physician to help remove barriers to healing from the patients lives, and to help restore function.   After that it is the patent's body that ultimately will heal itself.

The true healing relationship is not one where patient and doctor both prove to show who knows more than another, or who can win a power struggle or command respect, but where each listens to the other considering the expertise and experience of each party.

My doctor doesn't approve of taking vitamins or supplements, what should I do?

More than half of doctors will tell you that to take vitamins only makes your urine more expensive. But in fact this is not true, vitamins and supplements have an important role in our body. With everybody needing different amounts of vitamins and minerals as well as non-essential nutrients like antioxidants, there is certainly plenty of reason, and plenty of scientific evidence about the benefit, to consider taking supplements. This is especially true in chronic diseases where needs may be higher for certain people than average.

To answer this question properly, a consultation with an expert is important, and much more economical than buying supplements at random, or worse, avoiding supplements when your body is in desperate need of them.